It is the year 1950. Among the numerous activities of the youth, especially the students, the well-planned operation of 300 young people stood out. On the 6th of August 1950 they demonstrated at the German-French border near Wissembourg/Weiler and St. Germanshof and tore down the toll-house barriers. The demonstration is today known as the "storm of students".

Men and women, students, professors, politicians and journalists from 9 different European countries, who all believed in the idea of a united Europe, gathered there. "Open" borders by means of a European "identity card" and a federal Europe were essential demands of the declaration written and read out at that time. 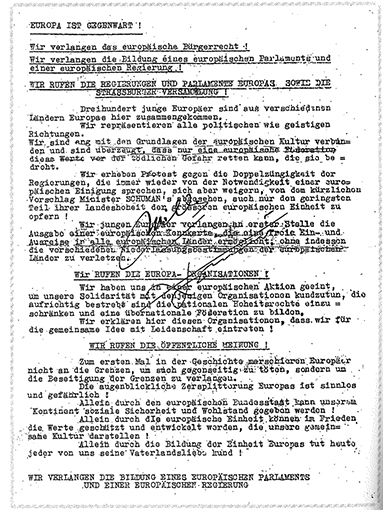 Proclamation „Europe is the present“ 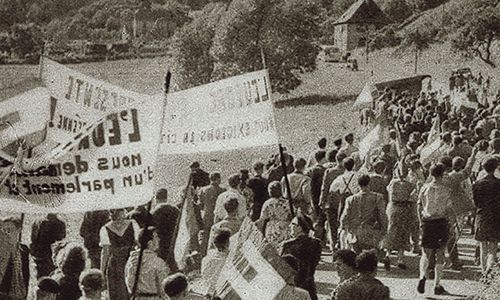